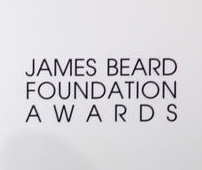 Posted at 20:09h in Case Studies by admin

For the second year in a row, Chicago played host to the food world’s biggest names at the James Beard Foundation Awards. Returning to the Civic Opera House, the black tie gala feted the country’s top chefs and restaurant talent, including a number of Chicagoans. Fourteen Chicago chefs and restaurants numbered among the nominees, but only three took home medals.

The city’s biggest win came in the form of outstanding restaurant, awarded to Alinea. Chef Grant Achatz accepted the award, thanking his team for trusting his leadership and for “channeling the spirit of the restaurant” to innovate Alinea, which is currently closed amid a remodel, though it is slated to reopen in a few weeks.

Curtis Duffy, of Grace, took home the prize for best chef Great Lakes. Accompanied by his young daughters, Duffy, when asked how they planned to celebrate, said, “We’re going to hit the town.”