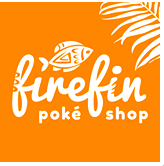 Posted at 22:02h in Case Studies by admin

The two new spots are opening in the winter at 174 N. Franklin St. and 500 W. Madison (Ogilvy Transportation Center)

FireFin Poké Shop, which opened its first restaurant in June in The Loop, is already expanding. The fast-casual raw fish bowl restaurant is adding a pair of new locations, also downtown. Locations at 174 N. Franklin St. and 500 W. Madison (Ogilvy Transportation Center) should open in the winter, according to a news release. The restaurant features collaborative contributions from Rodelio Aglibot, A.K.A. The Food Buddha, and Shin Thompson (Furious Spoon).

The Franklin Street location appears to be taking over the Perry’s Deli space at the same address. It’s a 1,700-square-foot location with 40 seats and twice the space as the original location in The Loop. That locations focuses on catering to the downtown lunch crowd, encouraging carry out. That won’t be the case on Franklin Street. Like the original location, the two new spots will share identical hours. They’ll only be opening weekdays and close at 7 p.m.

There wasn’t any additional information about the location at 500 W. Madison St. However, it gives fans of Hawaiian raw fish salads an option from Aloha Poke Co. inside Chicago’s French Market, as they’re a five-minute walk from each other.