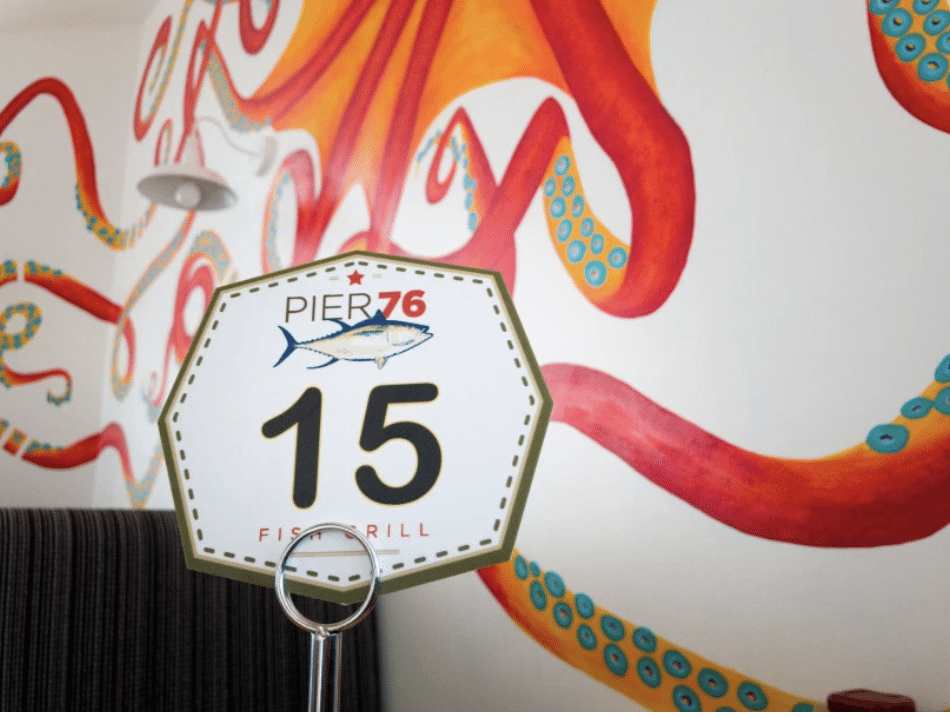 Posted at 18:39h in Case Studies by admin

Pier 76 is a casual fish grill.

The last thing Orange County needs is another quick-serve rice-bowl restaurant. This is what I’m thinking when I first stumble into @Pier76fishgrill which recently opened at Tustin Legacy. I’ve been back three times now. This is one of the few rice-bowl restaurants I’ve found that I actually like. The menu is short, mostly a collection of seafood tacos and build-your-own bowls.

The grilled #fish — tuna, #yellowtail, barramundi, trout, ono… — tastes extremely fresh, and the bowl ingredients are welcomingly original without being silly, especially the Thai basil pesto with “sticky” beans. Although, the last time I was in I noticed they had changed this dish to “pecan pesto,” which I haven’t tried. The Peruvian ceviche is fantastic. And there’s a very good lobster roll, which appears to be made with a mix of langoustines and lobster tail meat.

All the fish is expertly cooked, and everything tastes like it was made by a real chef, not just some random teenager working on the assembly line — an important detail for this sort of restaurant in particular. Funny thing is most of the employees actually are teenagers. But I don’t think I’ve come across a friendlier, harder-working bunch of youngsters who take as much pride in what they’re doing as the team I’ve encountered here.

And of course, they’re not all kids. A guy who looks like he might be the owner has been in the kitchen on every one of my visits. I’ve seen him teaching his crew how to cook a piece of fish. I’ve seen him explain to his staff how to make ceviche. I’ve watched him shuck an oyster.

I’ve always believed that you can walk into a restaurant and know within a minute or two whether the owner is on the premises. This is a perfect case in point. I hope they can maintain that feeling longterm, but this is the third location of Pier 79 (after Long Beach and Cerritos), which suggests more might be coming, which suggests the owner will move on to the next one at some point.

James Beard Award-winning restaurant critic Brad A. Johnson has been writing about food for more than 20 years. A prolific traveler who has dined around the world, he joined the Orange County Register in 2012 to help readers find the best steaks, the strongest margaritas, the freshest sushi, the hottest Thai curries and more. Brad dines incognito and pulls no punches. Although he has yet to find a local restaurant to merit a perfect four-star rating, he remains ever hopeful as the quest continues.