Nearly Half of American Adults Are Pre-Diabetic or Diabetic 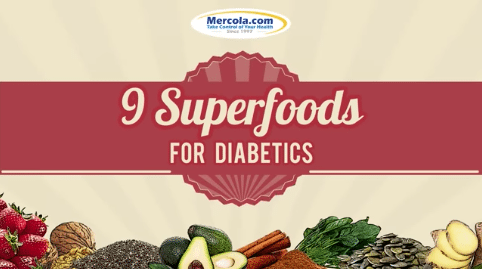 Posted at 03:39h in Case Studies by admin

As of 2012, up to 14 percent of the American population had type 2 diabetes, and as much as 38 percent were pre-diabetic. This suggests about HALF of all American adults are either pre-diabetic or diabetic.1,2

At least 20 percent of the population in every U.S. state is also obese3 — a condition that severely predisposes you to diabetes. That said, being skinny is not a blanket assurance of health.

Recent research suggests one-third of normal-weight adults may also be pre-diabetic without knowing it.4 Children are also getting fatter and unhealthier.

According to recent research, 7 million children in the U.S. have non-alcoholic fatty liver disease (NAFLD) and close to one-third of these kids also have either pre-diabetes or diabetes.5

Great Britain has also seen a rapid rise in these conditions. In 2003, 11.6 percent of people in Great Britain were diagnosed with pre-diabetes. That number had tripled by 2011, reaching over 35 percent.

As noted by BBC News,6 “The world is facing an ‘unrelenting march’ of diabetes that now affects nearly 1 in 11 adults” worldwide. Statistics such as these point to two very important facts:

•Genetics cannot be a primary cause of diabetes

•Something we’re consistently doing must be horribly wrong

In this case, that “something” is a combination of seriously flawed food choices, poor exposure to natural sunlight and lack of physical activity.

You may have the perfect diet but if you have failed to optimize your exposure to the sun and assiduously avoid blue light from artificial sources, not just at night but all day, then you will likely be challenged to achieve high level health.

Why? It’s a very complex explanation, but the end summary is that it helps to optimize your mitochondrial function.

Please also review my recent article on using indoor sunglasses to minimize your exposure to blue light from artificial lights. They only need to be used when the lights are on and you are indoors, even in the daytime. Most people think they are only for night time use but this is incorrect.

Additionally, establishing an optimal circadian rhythm is important, so going outside, ideally barefoot, shortly after waking up and close to sunrise, exposing your eyes to natural sunlight for 3 to 5 minutes, is an important health practice.

If you have a night job, please consider changing your job as it is seriously damaging your health. Additionally, it would be ideal to get one to three hours of unfiltered sunlight (not through a window or sunglasses) every day and expose as much skin as you can.