Airbnb Broadens Its Business With Tours and Travel Experiences 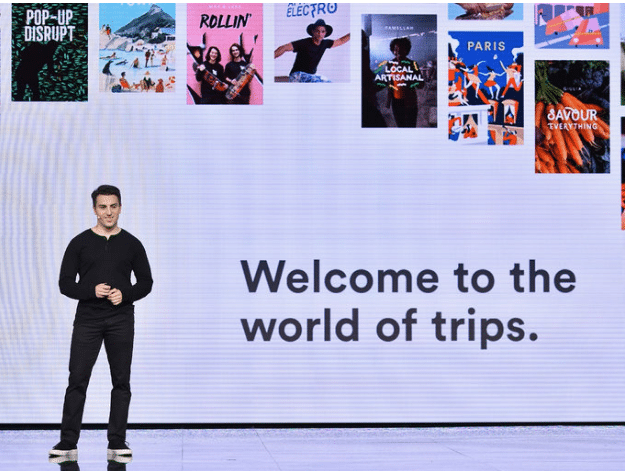 18 Nov Airbnb Broadens Its Business With Tours and Travel Experiences

Posted at 17:28h in Case Studies by admin

Airbnb used to let you just book room rentals. Now you can also use Airbnb to reserve dance parties in Havana, historical tours in Cape Town and stargazing outings in Los Angeles.

Airbnb said Thursday that it is expanding beyond its core short-term rental business, which faces pushback from local governments around the world, to become a fuller service travel agency. In a step toward that, the company launched a service called Trips, which will provide tours, tailored activities and other experiences.

Trips is starting with 500 experiences that can last a few hours or span days. They are created and provided by locals in the 12 cities where the service is initially being offered.

Trips helps travelers “immerse in a local community,” Brian Chesky, the chief executive and co-founder of Airbnb, said at the company’s annual conference for hosts and the press.

The new service helps Airbnb create an additional revenue source as it faces some challenges with its main business of matching travelers with hosts who want to rent out their homes for short stays. While the eight-year-old company lists nearly 3 million short-term rentals in more than 34,000 cities around the world, short-term rentals are illegal in some cities and have run into regulatory gray areas in others.

To appease local legislators, Airbnb has started collecting local hotel taxes from hosts, which essentially turns those homeowners and renters into small-business owners. Some residential leases expressly prohibit running a commercial enterprise out of a home, and tenants who do so could face eviction.

At the same time, the so-called sharing economy, which makes it easier for people to make money by monetizing their existing assets, has been a source of income for many people. In the United States, about 8 percent of Americans surveyed say they have made money using an online platform such as Airbnb, according to the Pew Research Center. Of those, nearly one-third said the income they earned was essential to meeting their basic needs, according to Pew.

With Trips, Airbnb is pushing deeper into the travel market and allowing people to make extra money in a way that might be less controversial than the short-term rental market. Airbnb began thinking about creating Trips in 2012; the plan was earlier reported by Bloomberg. It has been in a private testing phase for several months.

J.C. Rodriguez, an artist in Miami who offers a two-day experience called Behind the Art, helps visitors meet with local artists in their studios and create their own pieces. He said he currently keeps the $150 fee he charges per person, which covers a meal and art supplies, but Airbnb will soon take a 20 percent cut of that income.

“Hosts for the trips are people who are already immersed in the experience they’re creating,” Mr. Rodriguez said. “There wasn’t training. We show people around the way we’d show a friend.”

Mr. Rodriguez, 37, said he had to apply to host a trip on Airbnb. The thrust of the application process was to create an experience that a tourist would not normally have access to.

In addition to Trips and restaurant reservations, users will be able to rent cars through Airbnb, book flights and other services. They will also be able to add perks such as grocery delivery to their short-term rentals.