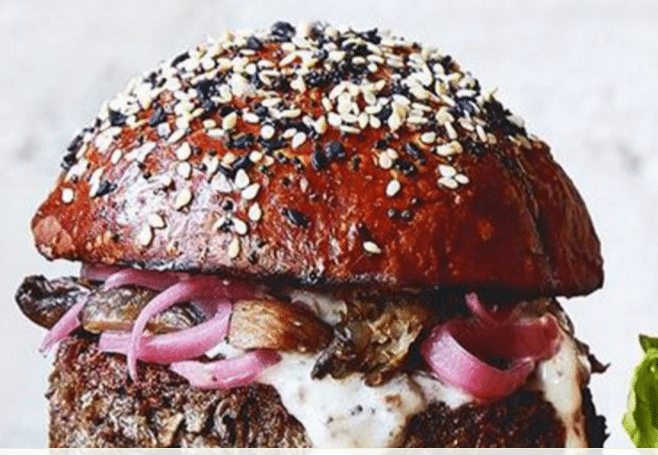 Posted at 16:15h in Case Studies by admin

MEATLESS BURGERS FOR ALL.

Every day, hungry customers would line up outside Momofuku Nishi waiting to get a taste of the vegan “burger that bleeds.” No matter if they were vegan, vegetarian, or meat-eater — everyone wanted to experience how true to the taste and texture of a beef patty the Impossible Burger truly was.

The Impossible Burger was added to the menu of several high-end restaurants, each with their own interpretation of how to serve it. Bareburger CEO and co-founder Euripides Pelekanos told Fortune that unlike other vegan burgers, the Impossible Burger is “geared toward meat eaters,”.  “It’s not going to live as [a] veggie burger on the menu. It’s going to live side-by-side with the beef burger.” Now that people are cutting back on meat consumption, the plant-based Impossible Burger is giving consumers something that has been missing up until now: a meatless option that is practically indistinguishable from the real thing.

It sizzles and sears like a real burger — right down to the crispy exterior.

Soon more Americans will be able to pick up the Impossible Burger from a local restaurant is closer than most of us thought possible. Impossible Foods just cut the ribbon on a large-scale production facility located in Oakland, California.

The entire game is about to change. But what makes this burger so different from the prepackaged veggie burgers we’re already familiar with?

in its “raw” form, the Impossible Burger looks no different from ground meat.

check out the complete article @ http://www.onegreenplanet.org/news/impossible-burger-will-be-everywhere-soon/